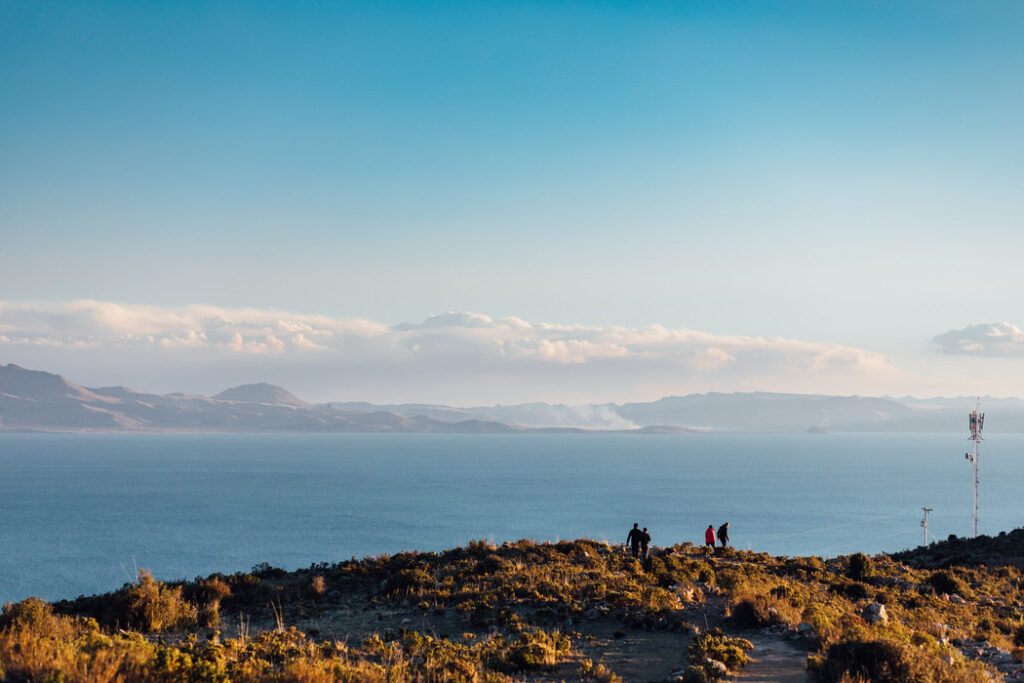 If you end your Peru trip in Puno, you can add this exciting Highlights of Bolivia!

Trip by private transport from Puno with a wonderful view of Lake Titicaca along the route (3 hours) until Copacabana (3 hour and a half), a pleasant town in the shores of Lake. Visit to its church and the famous “Virgen Morena”. Trip by boat crossing the Lake to the Island of the Sun (1 hour) until Huacani to have an Aptapi (typical lunch in the highlands), this trip continues by boat up till to the ruins of Pilkokaina Inca temple Finally hike to La Estancia with a wonderful view of Lake Titicaca (1 hour and a half approximately).

DON’T MISS AN EARLY SUNRISE! Hike down through Yumani visiting the Inca stairs and the Water of the Eternal Youth, then have a trip to the Island of the Moon (30 minutes) and the Inca ruins of Iñak Uyu temple to finally reach Copacabana (1 hour and a half). Private transportation to La Paz (3 hour and a half) with very nice views of the Andes Royal Range crossing Tiquina strait (the narrowest part in the Lake -30 minutes by motorized wooden boat). Cable car (Teleférico) from El Alto city to La Paz one, the ride is a good choice to discover an excellent and beautiful view of La Paz. This trip is a must for everyone!

Day 3: City Tour and Valley of the Moon (Half Day)

A four hours city tour through La Paz, elected as one of the 7 wonder cities in the world. It is in a valley at the foothills of the Andes Range, situated at 3,632m / 11942 ft. above sea level. The tour goes through the street markets rich in handicrafts, weavings and witchcraft items, followed by a visit to the colonial section of the city, San Francisco Church, Gold Museum, Murillo Square also visit to the viewpoint “Mirador de Killi Killi”; and the outdoor replica of Tiwanaku temple. Then descending to the more modern, southern part of La Paz to reach and visit the Valley of the Moon, where a clay mountain has been impressively shaped by erosion.

Transfer to the airport to take flight to Uyuni (additional cost).  Meeting at Uyuni’s airport on arrival.

At 10:00 a.m. departure from Uyuni to the great salt flats; visit on the way, the train cemetery where the remains of 19th and 20th century steam locomotives are. stop in Colchani as this is the best place to observe the methods of salt extraction; next to Incahuasi Island (known as Fish Island), this is an oasis with a unique and isolated ecosystem that is populated by giant cactus up to 10 meters high. Then, continue north to the mummies of Pukara de Ayque. Finally, at appropriate time go back to Uyuni village.

Included: Breakfast, picnic lunch in the middle of the salt flats and dinner

Transfer from Colchani to Uyuni’s airport to take a flight back (additional cost). On arrival to La Paz meeting at the airport to take a tour to Tiwanaku ruins, they are at 1hour and a half drive from La Paz (72 km/45 miles), throughout which the highlands are passed, and the Aymaran way of life can be seen. Tiwanaku dating back to 400AC – 1100AC, was one of the most important pre-Inca civilizations and considered to be among the most developed at the time. The main constructions visited during this tour are: Kalasasaya temple and the Gate of the Sun constructed out of stone, Ponce and Fraile monoliths; the Akapana pyramid and the semi-underground temple. Two local museums to view pottery, stone work and learn about the culture are also included on this trip.

Day 6: Transfer to the airport

Pick-up from hotel and transfer to the airport. Ascending to El Alto, there will be a beautiful view of La Paz. 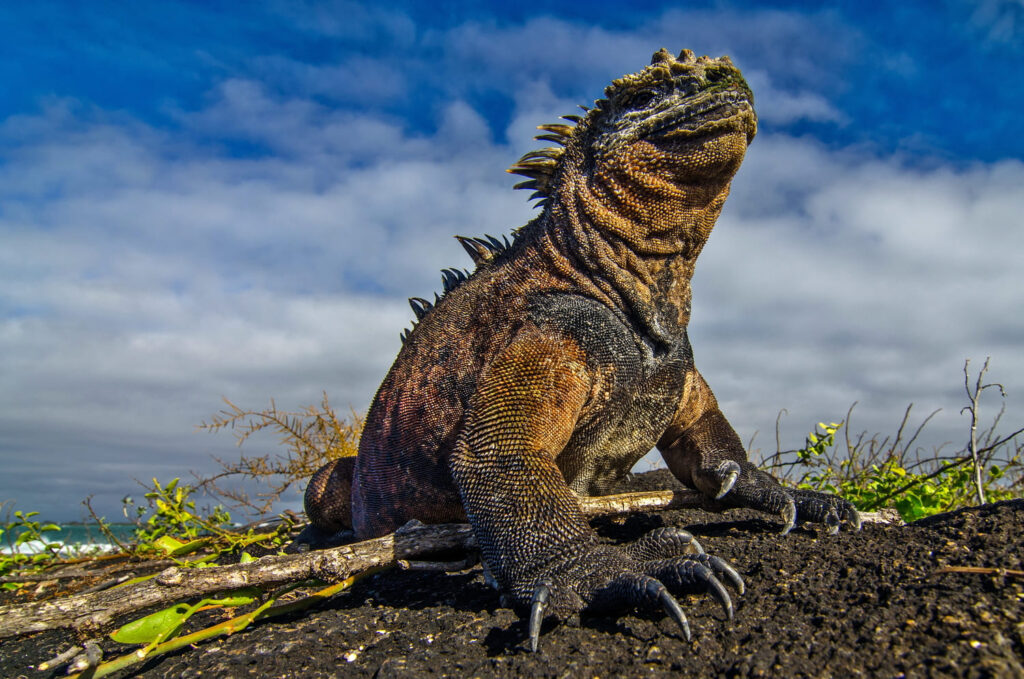 A short but unforgettable trip! With this 4-day program, you will enjoy the Galapagos Islands… 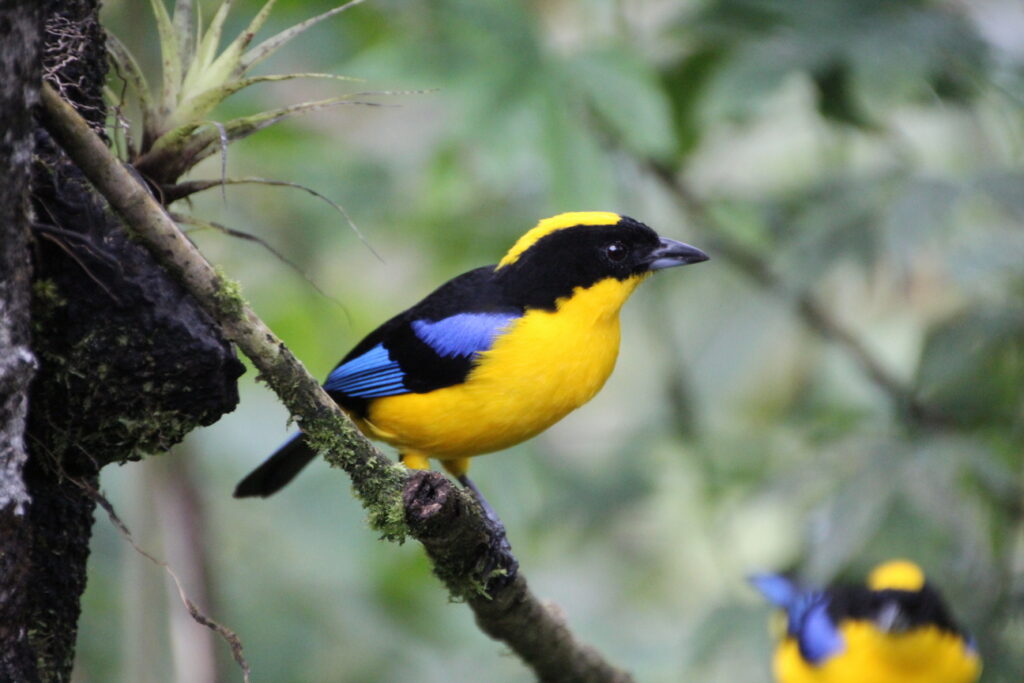 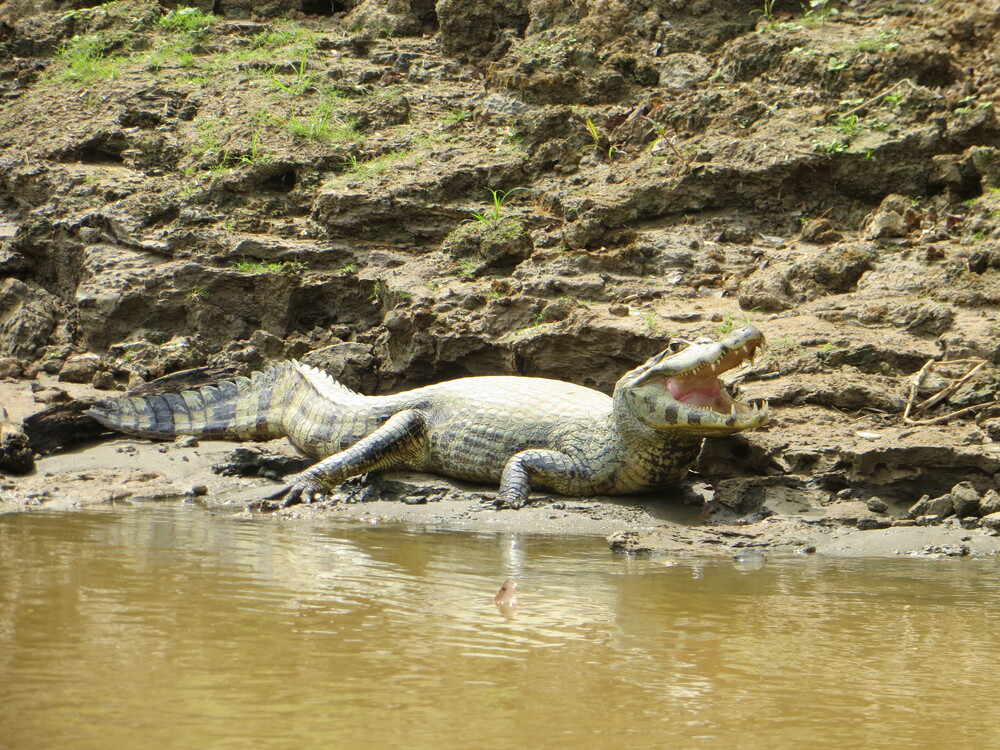 4D/3N TREE TENTS IN THE JUNGLE

This program is the best one to experience the best of Bolivia´s tropical lowlands! A combination of “Pampas”, a perfect place to spot wildlife, with of course Madidi National Park, one of the most biodiversed places on Earth. Here we will enjoy day and night walks, discover hidden secrets, sleep on hanging tree tents and much more!